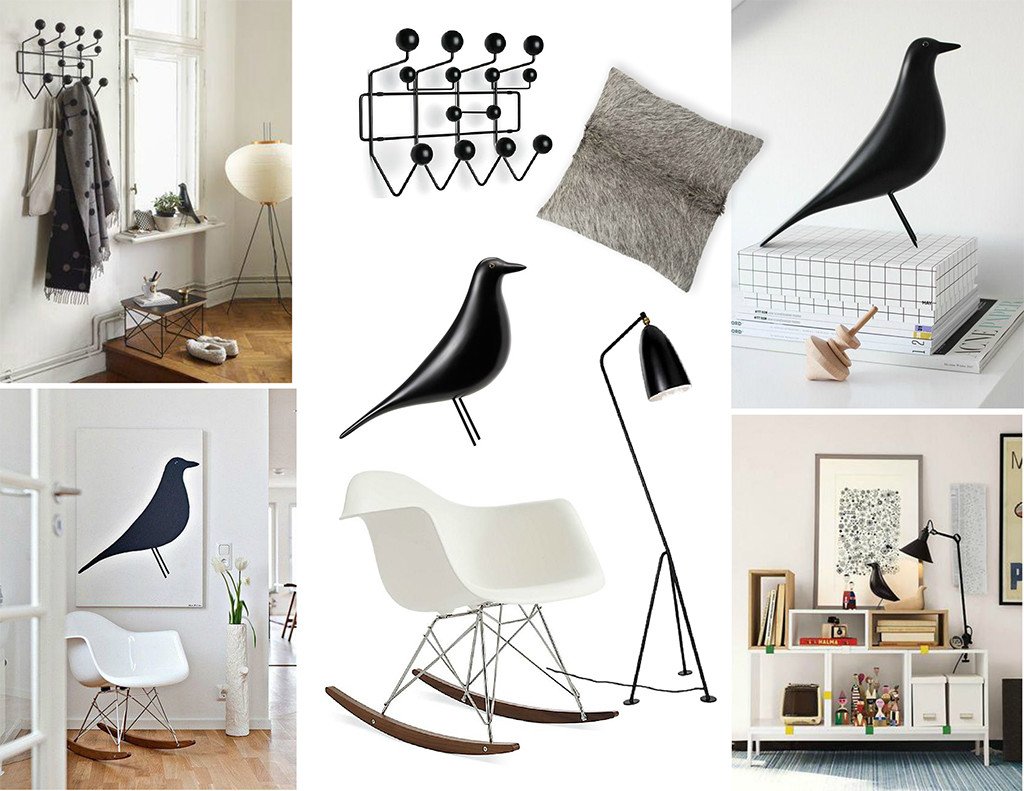 Charles and Ray Eames were one of the most influential mid-century modern designers. The American “dream team” is also known for its groundbreaking contributions to architecture, industrial design, manufacturing, and photographic arts. Their modern furniture pieces and interior decor basically defined an era and revolutionized the entire industry, creating a shockwave whose effects are felt to a large degree even to this day!

So, let’s dig deeper into the lives of the husband-wife duo, learn more about their work and explore some of their legendary pieces that still adorn many of the 21st-century homes and offices.

When they first started creating furniture back in 1940, Charles (1907-1978) was an architect, filmmaker and a professor, while Ray (1912-1988) was a brilliant painting student. They were both young progressive minds with a tremendous passion towards innovation and engineering. They focused their furniture efforts largely on plastics and molded plywood while at the same time pioneering technologies such as fiberglass and wire mesh for chairs. Due to their expertise in materials (specifically molded plywood) they were even commissioned by the U.S. Navy during World War II.

Why were they so different?

The couple’s idea was to create affordable furniture that could be mass-produced, but without having to cut back on quality or aesthetics. By experimenting with new methods together with their exceptional creativity, they ended up with a design that was sleek, sophisticated yet simple at the same time. They also had a secret ingredient and it was to add an element of fun to furniture design. Combining fun with art and science, Charles and Ray have shown the entire world what they can do. 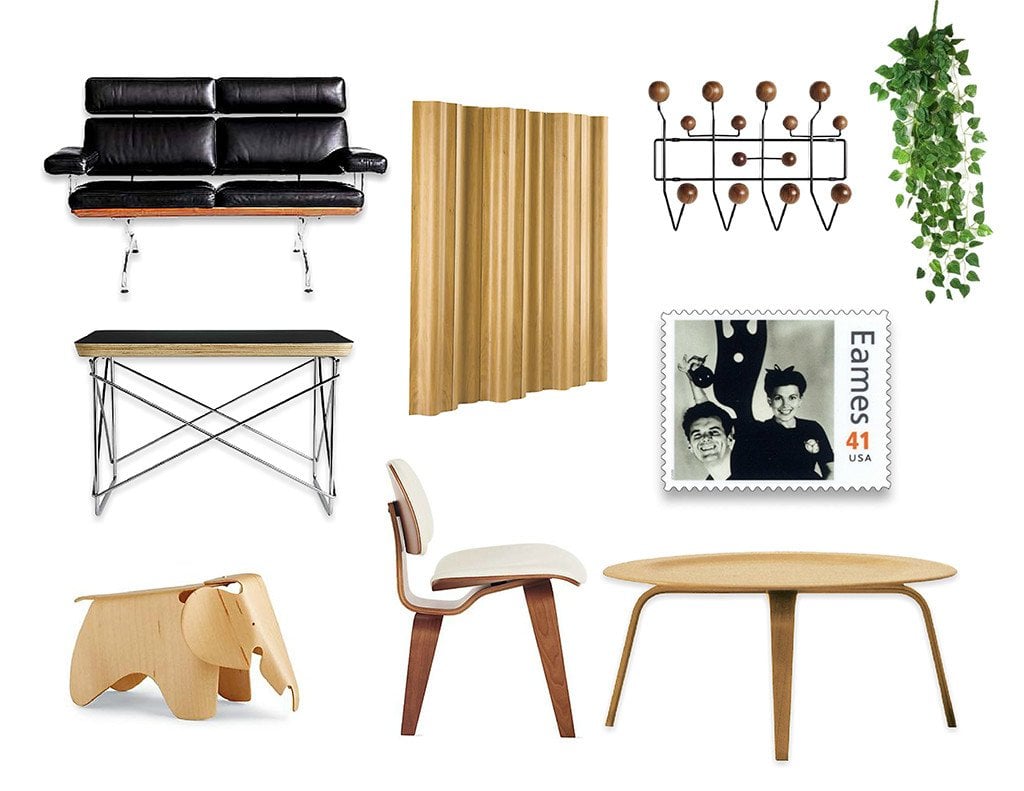 However, the couple had other interests besides design, such as film, fine art, and graphic design. This wide interest and experience in different creative fields are what made the most difference as it allowed them to think outside the box and design truly amazing and exclusive pieces of furniture.

You’ve no doubt come across some of their products perhaps not knowing the Eames’ were behind the design.

The couple's most famous piece of furniture was certainly the Eames Lounge Chair. The chair came with an ottoman and was comprised of leather and molded plywood. Oftentimes regarded as the 20th-century English club chair, this masterpiece of design quickly became synonymous with modern style evoking a comfortable, warm and accommodating feel.

Another famous Eames furniture is the Dining Side Rod Chair. You have probably seen these everywhere as the style is possibly even more beloved today than decades ago. The chair is arguably one of their most loved and versatile pieces that fits perfectly just about anywhere adding style and comfort to a dining table or in the living room as much as in a stiff office or cold art gallery space.

The Molded Plywood Chair was one of the couple’s earliest creations and in 1999, Time magazine declared the chair the greatest design of the century. Just to show how valuable they are today, these seats made of molded wood can easily sell for $2,000 to $3,000 when in original condition.

Other pieces of furniture that the Eames’ are credited for are the Kleinhans Music Hall Chair, Stamped Metal Chairs, Aluminum Group Chairs and many, many more. 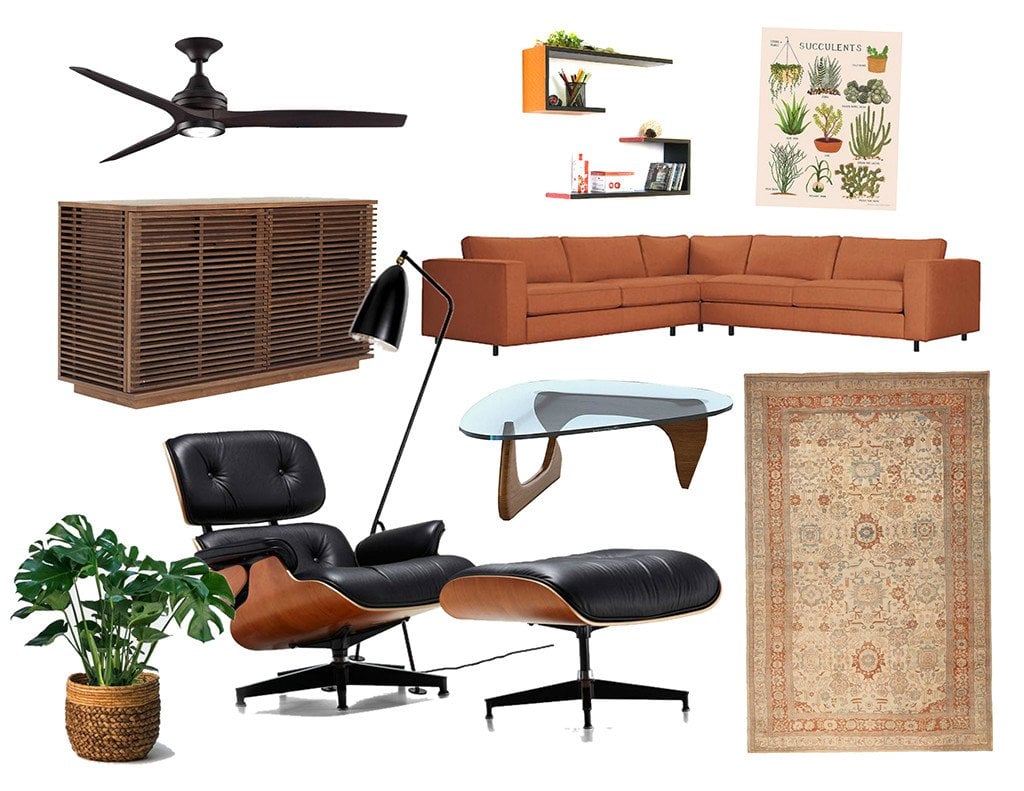 Charles and Ray Eames had a vision to make the house a home, the chair a host and the film an understanding. Guided by that vision they left a lasting mark on an entire era, influencing a great deal of their contemporaries and successors and bringing about social change.

Now you can begin to understand why the Eames are timeless!

5 Reasons why mood boards are essential for designers

Learn why mood boards are such a powerful tool in interior design.

Bauhaus Interior sample board created by Rosena on SampleBoard.com The power of...

How to create a ritzy Art Deco interior space