What did a 1940s home look like? Flying ducks, old fashioned radios, display cabinets, rich dark timber furniture, light neutral colored soft furnishings were popular in the 1940s.  The destruction caused by the war led to a shortage of materials and a shortage of housing. Money was tight and houses small. But it was also a time when many of the great modern classic furniture designs we enjoy today were created.

Some of the fashionable colors in 1940s; powder blue, mauve, coral, turquoise, beige, rose, light green, dusty rose, plum, gold and honey yellow colors in jewel tones and sunny pastels were popular. Traditional styles were still in vogue. The floors of 1940 homes were usually timber. The resurgence of parquet floors in the 1930s continued into the 1950s. Linoleum in Art Deco and modernist designs also continued to be a popular floor covering. For the windows lace and sheer curtains of muslin, organza and voile were still in vogue. Stylized plant forms and abstract patterns, stripes, dots, figurative patterns and plain fabrics made up as triple pinch pleated curtains were also used. 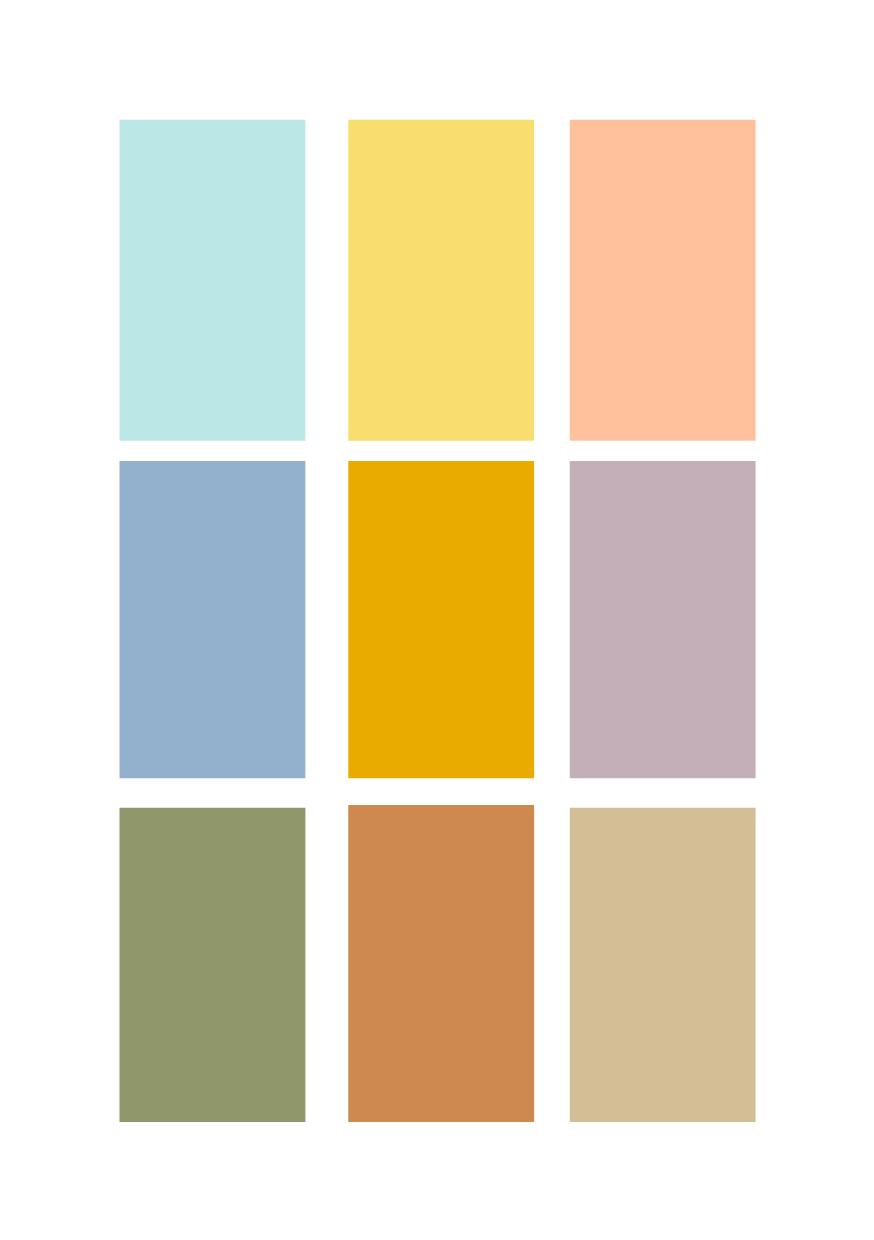 The use of floral wallpapers was discouraged in modernist interiors. Trendy wallpapers of fine art, pictorial patterns and screen print murals of the great artists Miro, Raphael and Mattisse were created by wallpaper manufacturers. Ivy leaf trellis overall patterns were also very popular in the 1940s.

During the 1930s Europe had led the world of interior design. But in the post war period of the 1940s the USA began to lead the way and Europe followed. Charles and Ray Eames ‘La Chaise’ chair, Isamu Noguchi glass top coffee table (designed in 1939 but produced in 1940s by Herman Millar), George Nelson’s slat bench chair and Eero Saarinen’s Womb chair (for Knoll) have all become icons of this time. Moodboard created by Rosena with SampleBoard.

Flat pack furniture was produced for the first time. Practicality and economic efficiency was the most important consideration in design after the war. It is interesting to note many people in the 1940s could not afford the new designs of the time and the traditional styles of the past remained popular as well as kitsch like items; flying ducks. I must admit I’m not too fond of three flying ducks on a wall. But maybe it was a sign of the times and people needed funny quirky items to make them smile during this period of recovery.

Let's take a tour through the Joyful House - a perfect family...

Most people seek out photographs of interiors to help them create their...

How to decorate in the Art Nouveau style People often get the...