Milano Memphis is Back! 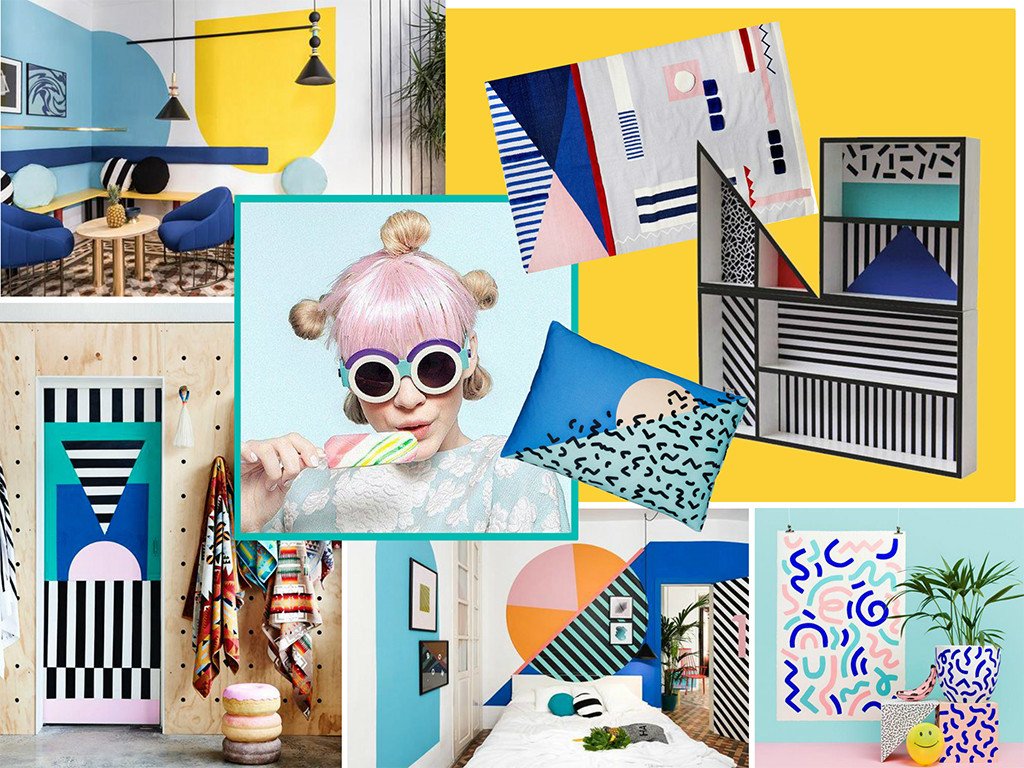 In the 1980s a group of designers with a vision led by Ettore Sottsass gathered in Milan, Italy to start a rebellion against the rigid rules of modernist design. Sottsass and his team were bored with the minimal color palette and restrained lines of the 70s and hoped to create something utterly different. So, like the majority of design movements, theirs was a reaction to what had come before. With bright colors, unusual geometric shapes, their designs were wild and cheerful, even childlike. Just take a look at the iconic Carlton bookshelf!

But the idea didn’t just fall from the sky. The Milan-based Memphis group drew inspiration from existing design movements such as the striking geometric figures in Art Deco, the bold color palettes of Pop Art and 1950s Kitsch. Thus one of the most recognizable styles of the late 20th century was born! 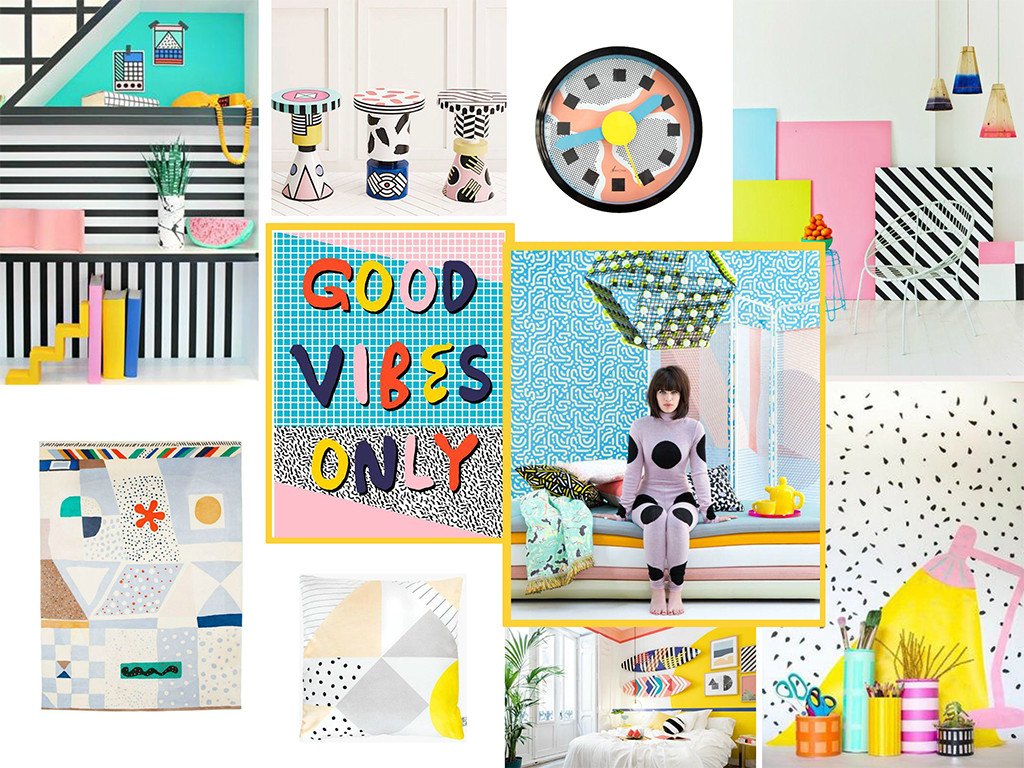 And just to be clear, the group got its name after Bob Dylan’s song Stuck Inside of Mobile with the Memphis Blues Again which was playing in the background while they were contemplating about what would become the New International Style. It had nothing to do with Memphis, Tennessee or Memphis, Egypt.

Of course, not everyone was a fan. The critics at that time viewed the Memphis movement as a kind of a joke, a bizarre and forgettable moment in the design world which is soon going to end up in the dustbin of history. Even the contemporary critics were skeptical. However, they had no idea that the whacky shapes and colors were going to be at the core of what we think of as 80s design.

But before the end of the decade, the excitement flamed out. While the design stance of Memphis was influential and important in the world of fashion and interior design, it never had commercial success. Sottsass soon tired of the media circus and the world tired of the movement. Following his death in 2007, Postmodernism once again came to the center of attention after a series of exhibitions and articles and since then, things have taken a turn! Call it the 80s revival if you like, thanks to its influence on a new generation of designers born in and of the 1980s, the Modern Memphis Movement has re-emerged and is back in the spotlight. Unlike the original Memphis movement, the current movement is unorganized and is randomly being manifested through the work of designers from around the world who are turning down the volume and opting for softer hues and materials and pattern that are more pleasing. And did you know that Millennial Pink, the color that has captivated the fashion and design world, was also inspired by the Memphis design?

Even this year’s Milan design week sent a clear signal to everyone that Memphis style is having a comeback over three decades later! The clashing colors, loud patterns and blocky shapes typical of this style could be spotted in galleries, shops, stands and exhibitions all across the city.

In a way, the new Memphis-inflected design is doing the same thing as the first time – contrasting the sameness of mass-produced furniture and encourages the desire for the custom, hand-crafted and authentic. However, it’s hard to say why, exactly, this particular movement is having a comeback right now. Maybe it’s just nostalgia but whether you love it or hate it, at least for now, Memphis is back!

Shopping for your interior decorating project When decorating your home it can...

Stay updated on what’s hot in the world of wall art.

Living rooms aren’t just private spots to plunk down after a...