How to create an on trend British style living room

Have you noticed the Union Jack is everywhere? From cushion covers to trunk decoration the British flag is being celebrated. I’m usually not too fond of this sort of décor but there is a warmth and whimsical sentimentally to rooms decorated in this British style. So I thought I would write a blog featuring this hot trend.

It has certainly been a great year for the British, what with the Queen’s Diamond Jubilee, the Olympic Games about to start and let’s not forget Andy Murray the first British (although my husband would insist he is Scottish just like he is) tennis player to reach a Wimbledon final since 1936. 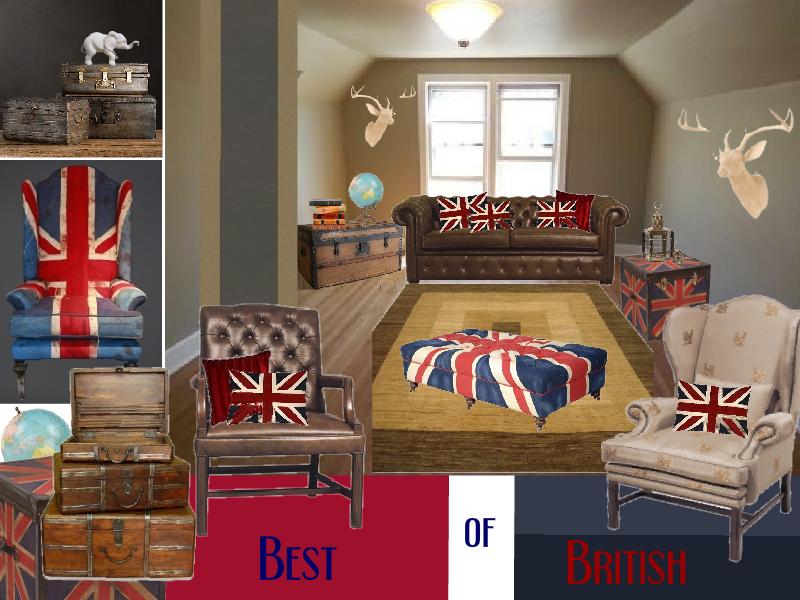 Interior design concept board created by Rosena on SampleBoard.com

Last year here in Aussie land I enjoyed the TV show The Renovators. Once a week the contestants were given mini seminars on how to create different interior design styles. One such style created was for a British Lounge Room. I unfortunately did not see the whole program but I have been checking the style out since.

In essence the rooms decorated in this style have a kind of hunting lodge feel. This is achieved with items such as Deer heads and shield bases with antlers. Leather upholstery, cow hide cushion covers, Chesterfield sofas, old suitcases, English roll top desks, Victorian swivel chairs, brass oil lamps, vintage books and old trunks are some of the items selected. And the star of the rooms is; the union jack flag design. 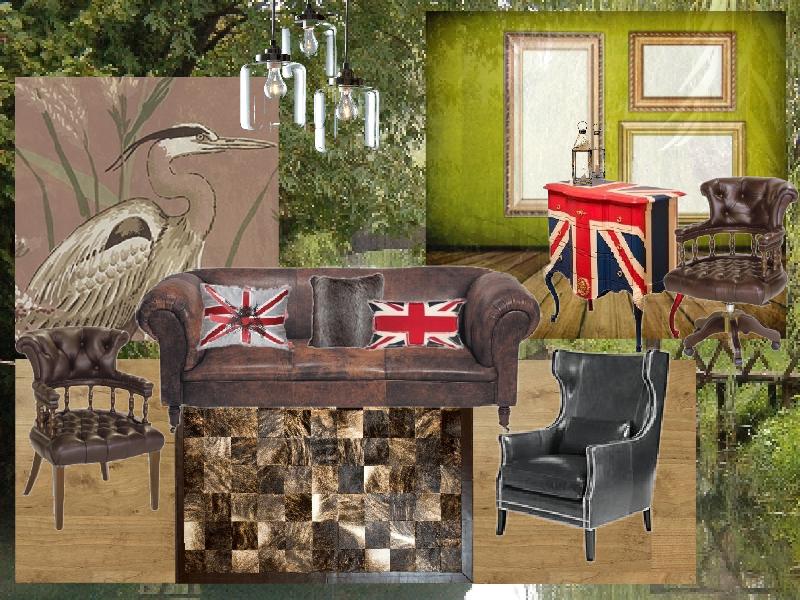 Interior design concept board created by Rosena on SampleBoard.com

Some of the colors used with the red, white and blue of the flag are warm beiges, brown, rust and greens. The rooms could be described as masculine with a lived in rustic country vibe. The style would certainly be comfortable and easy to live with. I have created some interior design mood boards inspired by this British style. Once again I have used some pins from Pinterest. A British styled interior could work well as a study, rumpus, den, boy’s room or even a nursery.

Winning Placements: How to arrange your furniture like a professional interior decorator

There are a number of mistakes made when arranging furniture. One of...

Interior Decorating | How to Do Eclectic Design Well

Interior Decorating - How to Do Eclectic Design Well By K. Nichols...

Update on how 2012 is trending according to international trend forecaster?

According to Milou Ket a highly regarded international trend forecaster in a...

Last week I spent a wonderful few days in Melbourne with my...